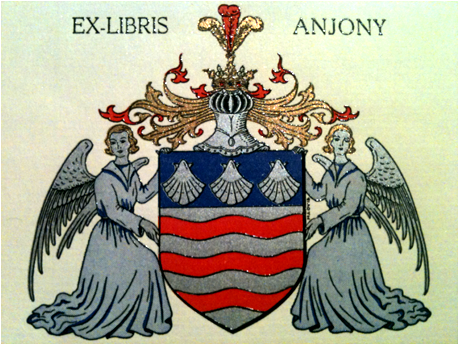 The castle was built approximately in the year 1430 by Louis d'Anjony, one of Joan of Arc's companions whose mission was to represent the king's authority. The dungeon of Anjony is a typical example of the mountain fortresses built in the 15th century. Until the French Revolution, the castle had a very tumultuous story because for two centuries a real 'vendetta' or feud opposed the d'Anjony family to their neighbors and rivals, the Tournemire family.

During the 18th century, Claude d'Anjony added a new wing to the original medieval building. The additional building was more comfortable and suited to the taste of these days.

While from the outside the dungeon may seem stately and severe, its rooms are richly furnished and decorated with outstanding 16th century frescoes. The castle has been the home of the same family from the beginning and it has been open to the public for 70 years.

The Castle of Anjony is a must when touring the Cantal. It is highly suggested to also visit the charming and flowered village of Tournemire which is member of the Association des Plus Beaux Villages de France.

To Follow up on the government announcements, the Health Pass is checked before access the Castel of Anjony visit.

In the afternoons, guided tours take place regularly from 2:00 pm and 6:15 pm without reservation.

In 2017, the Château obtained a second star 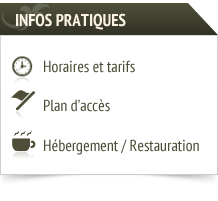